How Conventional Wisdom is Driving the Injury Cycle 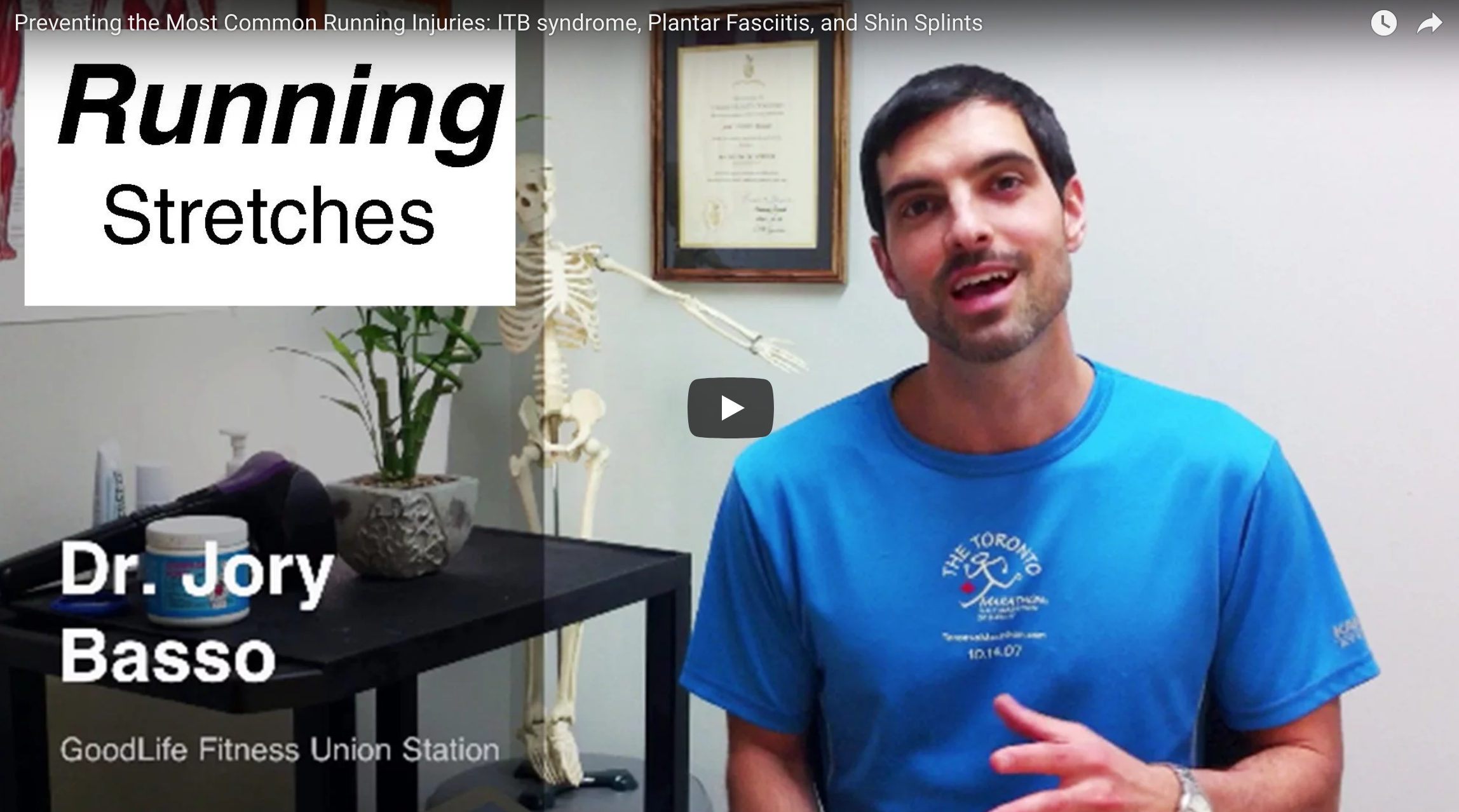 This video is a great example of conventional wisdom.

The advice given before the stretches is exactly what you’d expect from your doctor or health professional:

The trouble is, it’s this exact approach that driving the injury cycle and here’s why:

The Symptom isn’t the Problem

In the video, Dr. Jory explains how the IT Band gets irritated during running. What he doesn’t explain though, is why it’s getting irritated in the first place. This is the biggest problem I have with conventional wisdom. It’s simply looking at what is happening at the point of pain and trying to fix it at that point. In my experience, the IT Band usually gets irritated at that point because the adductors, abdominals, hip flexors and quads have become too tight and short, which rotates the thigh bone inwards. Since the IT Band is on the outside of the leg, it too gets dragged with this rotation, making it too long, too tight and out of its position of best function. When you add to that the repetition of the running, the IT Band does indeed get irritated at the point suggested in the video.

As it happens, the tightness through the inside and front of the leg results in an inward rotation of the thigh bone, which in turn, results in an outward rotation of the lower leg as the body seeks to find balance and stability in standing and walking. This lower leg rotation is what, in my experience, causes the majority of plantar fascia, Achilles and shin pain as the calf muscles also get rotated and therefore lose their ability to function. Dorsiflexion becomes compromised and the shin muscles then have to work much harder to absorb landing forces, leading them to fatigue and ultimately, pain.

Science has become extremely good at dissecting the human body to see what it is made up of, but like many things, when you pull it to bits and try to put it back together, there’s always something missing. In the case of movement, it’s the involvement of the brain.

Treating muscles, fascia and other soft tissue like individual pieces may give a small amount of symptom relief and therefore, be considered progress and using tools such as orthotics may give some relief for a while, but since every cell in the human body is connected to every other, it won’t be long before the adjustments forced upon the body by these tools, are expressed as injuries elsewhere.

If the foot isn’t moving in an optimal manner, simply shoving something under it to force it to move differently won’t fix the issue. It’s often the case that the foot is behaving differently because of problems higher up. If we take the IT Band example, the rotations in the thigh and lower leg bones force the foot to hit the ground differently. Since the human body is genetically programmed to find the easiest way to do everything (the law of the conservation of energy), including movement, small adjustments will be made to allow the movement you’re looking for.

With these rotations, knee bend would be compromised if the foot wasn’t slightly turned outwards. Bending the knee is a great way to protect joints from excessive force so this is a priority for the body in order to protect the whole being. As a result of this slight external rotation of the foot, the arch of the foot is forced to the floor during knee bend. This is seen as “over-pronation” and the solution is to often to buy shoes or orthotics to stop it happening. The problem is, it’s only happening because of the rotations in the lower leg and thigh. If these issues were dealt with properly, the footwear and the orthotics would become unnecessary.

Additional Work/Responsibility for the Athlete

Injuries are often seen as something that the athlete or individual needs to take his/her own responsibility for, but the truth is, the entire industry needs to start taking a collective responsibility for the role each area plays in driving the injury cycle:

Sports and fitness training is far too geared towards achieving a “correct” movement, which leads to far too much repetition of the same few movements, leading to tightening and shortening of a few muscles, which leads to injury. The culture of comparison, competition and “pushing through” has filtered down into every training session, leading to a complete disconnect between the participants and their bodies. This intensity only fuels the injury cycle.

The symptom based treatment solutions of the industry are temporary at best, and the labels to describe symptoms used encourages individuals to believe that they have something wrong with them that will be with them forever.

Individuals have become so disconnected with their bodies, entrenched in the beliefs that they’re moving wrong and they have some sort of limiting condition, that they are often too concerned about doing something wrong to do anything to help themselves, leading to further reliance and belief in the current systems.

The good news is, that this doesn’t have to be the case. With mostmotion®’s SMARTT™ solutions, I’ve been proving for many years that this injury cycle can be broken quickly and with very little effort.

Here’s an example of how making simple changes to your own individual warm-up can help you to start making improvements to your own body within a few minutes.

When we start working together to tackle this industry-created problem, we’ll start to feel the benefits in many other areas than our sporting populations, saving our governments billions in health care, social care and many other areas of life that are affected by our inability to move well.

Click here to find out more about mostmotion®’s vision for the future.