Why Every Fitness Coach Needs To Know About Injury Prevention

This was the finding of a survey conducted by UK Coaching in 2017, where “coaching” was defined as:

And while these coaches often DO have certifications within their organisation (dance teachers, martial arts instructors etc), they aren’t involved with the formal coaching structure available from the industry.

When it comes to the conversation around injuries, that’s a HUGE problem.

Current industry standard courses that cover any mention of injuries and their prevention require coaches to engage in the formal coaching qualification system, but since over a third of coaches surveyed believe that the cost of qualifications is a major barrier for them, it leaves the number of coaches being educated about this problem to a minority.

With the NHS claiming that “exercise is the miracle cure we’ve always had” for so-called ‘lifestyle diseases’ such as heart disease, stroke, type 2 diabetes, cancer and early death, it is often prescribed as a treatment for those who are at an increased risk of these problems.

With one of the main reasons people DON’T exercise being that they don’t like it, finding a style of exercise that they find fun, often leads them into activities that don’t follow a formal coaching qualification programme, such as dance or martial arts, which means that they don’t have any injury training either.

According to the charity Versus Arthritis, 22% of the total health burden in the UK was accounted for by musculoskeletal conditions, and that 34% of adults in England reported chronic pain in 2017

Clearly, pain and injury are taking a huge toll on our population and our healthcare system, and that’s why I’ve created a FREE webinar detailing exactly how fitness coaches of every style can safely and ethically contribute to the prevention of injuries, even if they don’t know anything about injuries themselves!

You can register for this FREE event here

When every fitness coach, across every genre of exercise is able to make a positive contribution, without overstepping their role as a coach or getting involved in issues they don’t understand, then we can truly make a lasting difference to our healthcare system and the population as a whole.

fitnessfitness industryfitnesscoachingfitnessinstructorhealthcareinjuryinjury preventioninjurypreventionnhspersonaltrainerpersonaltraining
What Heart Health Means To Fitness Coaches and Injury Prevention?
How Do I Get Clients to Take Mobility Seriously? [VIDEO] 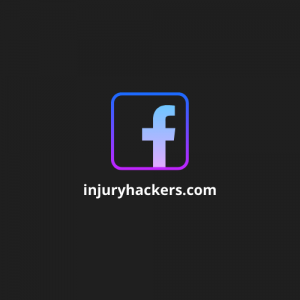